VULGARITHM is an artist from the east midlands in the UK for fans of riffs and club classics on steroids. Andy "Dirt" McGurk takes the best metal riffs of the early 2000s, mixes it up with 90s dance music, and adds a unique touch of crushing beats. It is for fans of music who crave originality and fresh ideas, and for those who seek to escape. At the end of 2019, Andy "Dirt" McGurk was in the band Blackhawkdown which is going one direction, but also a previous solo project which had been going for 10 years. It was in and out of band lineup changes, had recorded many albums from home, but it was going nowhere else. He needed a fresh start, a fresh identity and a fresh sound, Vulgarithm was the product of that discovery. Vulgarithm has only been around since 2020, so just as Dirt was about to bring it to the live scene, COVID hit. He had performed a couple of live sets from his teaching room but until then he just had to wait until lockdown eases. After releasing 3 EPs, and the world finally coming out of lockdown, Vulgarithm has finally been making appearances to the public. Vulgarithm has now appeared a variety of different radio shows, played up and down country and has also won a slot to play Strawberry Fair Festival in Cambridge in 2022. Currently writing his debut album, good things should be coming Vulgarithms way.

“Dressed in what looked like a white lab coat and wearing a tin foil mask with a wrap around visor sunglasses, Vulgarithm took to the stage next. Andy "Dirt" McGurk plays guitar to a backing track of riffs and club classics all in front of a screen projecting, for the most part, himself. He is totally over the top and completely unique.” - Tony Bell

“"[Share if you agree] is a highly original sounding release. It should come with a warning because of how intense it is, so here’s mine. Now take a listen. Become A Fan"” - Dan Weston 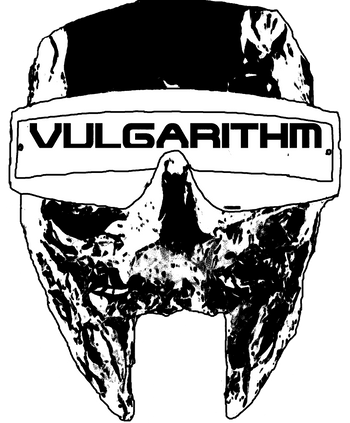 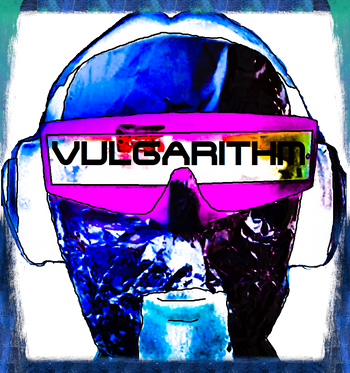 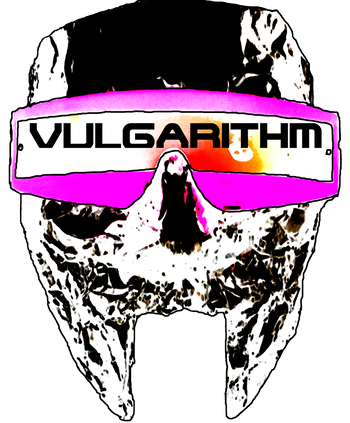 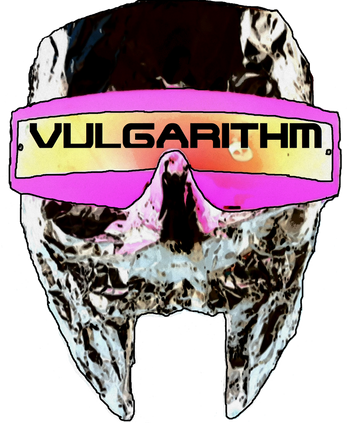 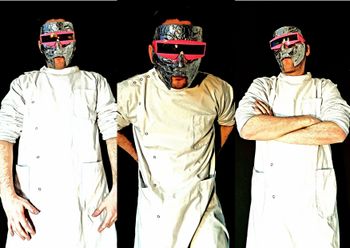 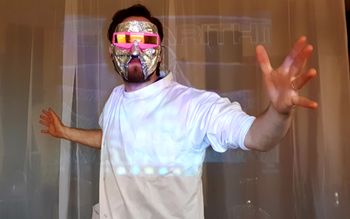 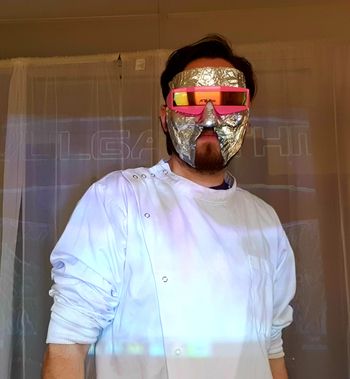 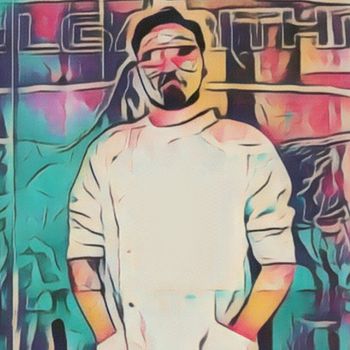 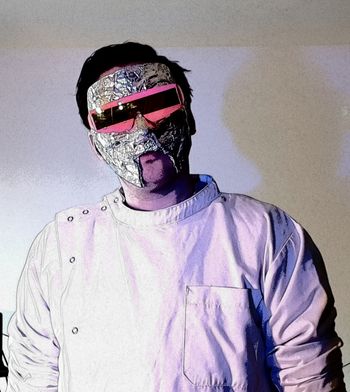 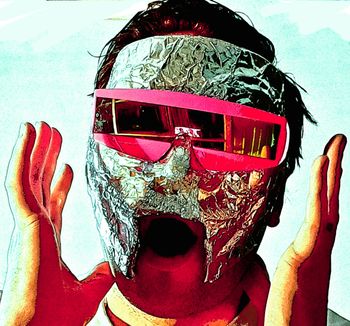 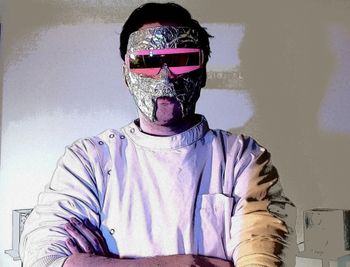 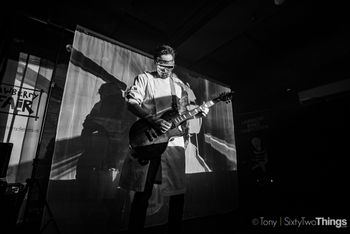 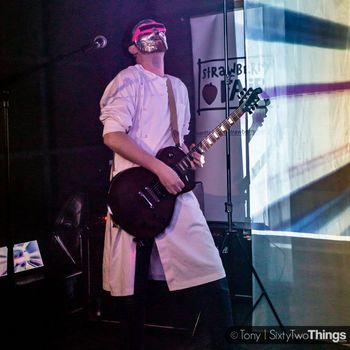 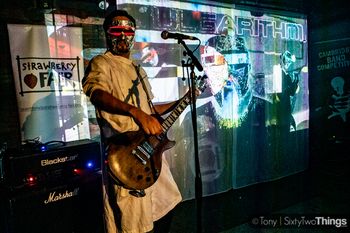 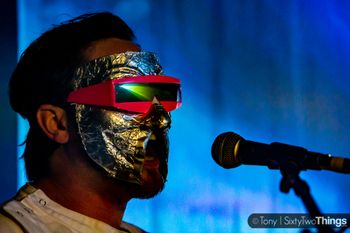 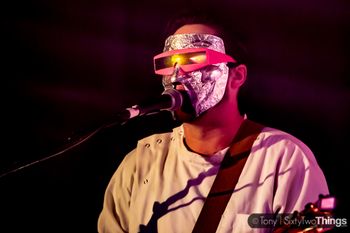 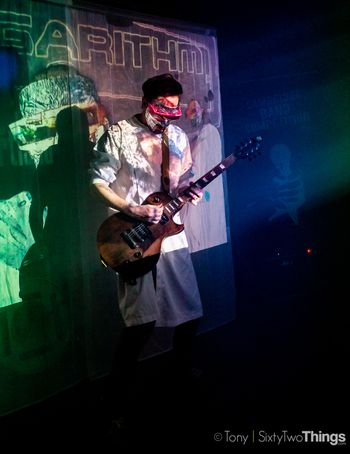 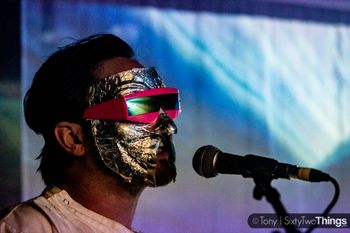 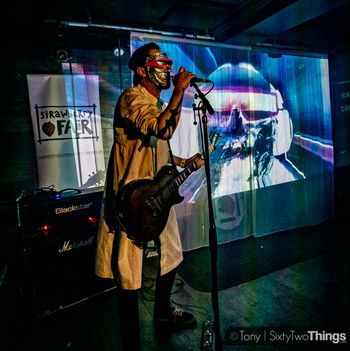 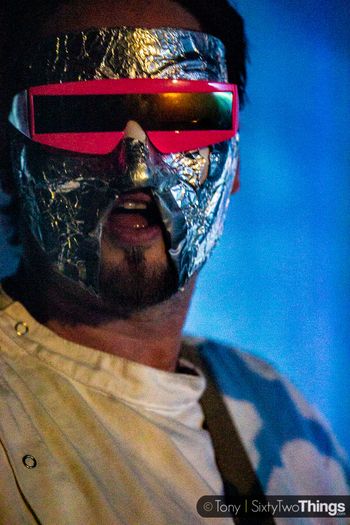 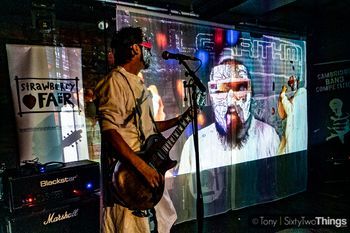 “"Vulgarithm’s style could best be described as riff rave. It takes deeper riffs, especially the low distortion popularized in the ’90s and 2000s, and mixes in some 90s dance music. Sound strange? There’s a little more to it, so it’s a tad difficult to explain. Yet, within the variety of beats offered, nu-metal is also present. Those inspirations, and also the vocal tone of Serj Tankian at times, can be heard. More so, the bass usage is similar to The Prodigy and the nu-metal act Ultraspank. Yet, he also mixes in remains of the old rap-rock genre on some tracks when the vocals are added. A good comparison may be Hed PE."” - Carl Lawrence Knauf

“"Personally I think musicians make music like this just to **** with everyones heads...especially reviewers. But I have to confess, the new EP is really growing on me. This mixes the 90s rave scene, a bit of Madchester, various forms of electronica, as I've mentioned some rap, some 90s alternative, maybe a bit of Beck....**** it the list goes on"” - Steve Thomson-Green